Unusual (and Lucrative!) Collections on the Rise 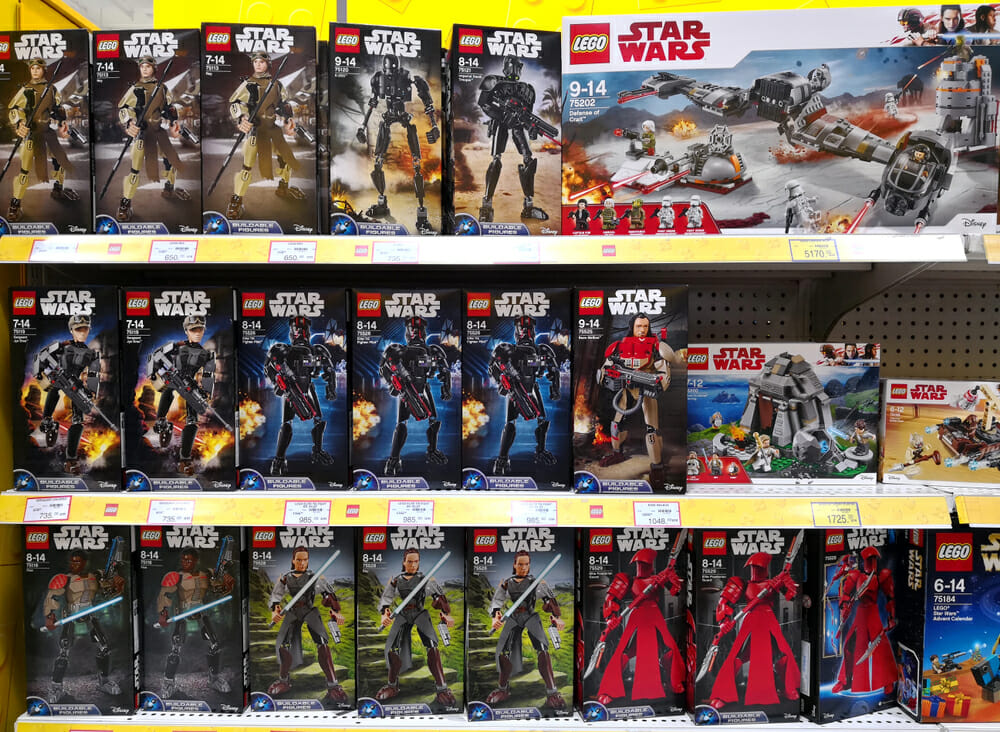 When you think of ‘collectables’ the traditional categories will no doubt spring to mind – this includes the likes of stamps, art (antique, vintage and modern), wines, porcelain, watches and more. However, although collecting these items can still be lucrative, there are a number of more modern categories of collectables emerging which are yielding excellent returns for their investors. For example, who would have thought that investing in Lego sets over the years would secure a better return than stocks & shares or gold? (The Telegraph)

As a result, insurance brokers like ourselves are seeing an increasing number of requests from these collectors to insure these items and keep their investment safe. From whisky and handbags to Lego and Apple computers, we’ve compiled a list of 12 categories of collectables that are on the rise.

Collecting whisky is seen by some as being more on-trend than collecting wine these days. You may be familiar with the phrase ‘aging like a fine wine’, but it’s important to note if you are considering investing in whiskies that the same rule does not necessarily apply here. Generally speaking, once a wine is bottled, it will continue to ‘improve with age’ and so its value will increase. With whiskies, the age relates to the time the whisky spent in the cask – not how long it has been in the bottle.

Six factors that affect the value of whiskies include:

There are several existing funds investing in either physical whisky or in spirits related companies. The Platinum Whisky Investment Fund in Hong Kong, for example, holds a portfolio of around 9,000 bottles of rare whiskies. According to the fund, independent valuation of its portfolio shows it has appreciated at an annual rate of 17% between 2014 and 2017 (Forbes).

It’s safe to say that most pieces of tech depreciate in value from the moment we buy them and continue to depreciate as the technology becomes dated. However there are exceptions to this rule. These exceptions include rare, vintage pieces of technology that are considered to have ‘defined’ a technological era and are increasingly sought-after by collectors.

One such example is the Byte Shop Apple-1, which is the name of a batch of 50 computers made by Jobs and Wozniak specifically for the Byte Shop in California (one of the first personal computer shops in the world). In total, Jobs and Wozniak made ~200 Apple-1 computers and only around 60 are known to still exist today. Once in a blue moon you’ll hear about one of these being listed for auction with the expectation of selling for £250,000-£400,000 (or perhaps more).

Other high-value vintage pieces of tech include:

Seemingly, ‘they don’t make them like they used to’, as some vintage toys can be worth a small fortune today. As well as how rare and iconic the toy is, condition has a significant impact when it comes to value. For example, if you are lucky enough to own an original Barbie, it would have had a RRP of just £1, but today be worth more than £15,000.

Alternatively, a mint condition multipack of seven valuable Star Wars figures from The Empire Strikes Back recently fetched £21,242 at auction.

The collectors item that has everyone talking at the moment is Lego. Specifically, Lego sets in pristine condition, which between 2000 and 2015 increased 15% year-on-year (more than the stock market and gold over the same period). If you are a collector, then sets tied to film promotions are the ones to watch out for. Since they are retired on a regular basis, this makes them rarer and thus more valuable than most.

A valuable handbag will often be referred to as an ‘investment piece’ – a timeless item that is so iconic it will forever be ‘in fashion’. And, so long as it is in pristine condition, age will not limit its value and may only serve to make the piece even more sought after.

Perhaps the most famous example of an investment bag is the Chanel Classic Flap Bag. Available in four sizes, this style of bag is one of the most reliable to yield a return to any collector. Testament to this, Baghunter reports that since 2010, the value of the bag has increased by 70%.

With the birth of sat navs and 24/7/365 connectivity, came the death of maps. However, this is good news for collectors.

Once viewed as a bit ‘square’, collecting maps is back on-trend and since quality, original maps are becoming increasingly rare, the % return on these for collectors is getting better all the time.

From fantasy maps to real-world, we’ve clearly fallen back in love with the stories that maps can tell. Recently, the original map of Winnie-the-Pooh’s Hundred Acre Wood sold for £430,000 and in 2017, a 350-year-old map of Australia sold for $600,000 AUD after being stored in an attic in Sweden for more than 60 years (Daily Mail).

There’s plenty of guides out there to read if you’re just starting out in this collectors market, but if in doubt, stick to the biggest names – Gibson, Fender, Gretsch, Rickenbacker. If you time your purchase right, you may get lucky and have a hit on your hands.

With most music going digital and anything vintage / nostalgic bang-on-trend, Vinyl Records are more popular than ever and can make a great investment.

Rare vinyl records can fetch thousands, if not tens of thousands, but dozens that many of us may have stored away are worth hundreds, which can really raise the value of your collection.

The most valuable comic believed to be gathering dust in several attics is the inaugural issue of Action Comics. This issue marks the first appearance of Superman and helped kick off the entire superhero genre. In 2014, a pristine issue of the 1938 comic, with its original price of 10 cents still on the cover, sold on eBay for 3.2 million dollars, making it the most valuable comic book of all time. It’s believed that 50 to 100 copies of this first issue are still out there just waiting to be found (Deccan Herald).

If you are a specialist collector and are interested in insuring your collections in order to fully prevent them from theft or damage, or insure them during transport, then get in touch with our team today. No matter what you collect, we can arrange cover that will protect you should the worst happen.

If you have a particular collectors insurance requirement you’d like to discuss or want to get a quote today, why not give our team a call on 020 7354 3881.